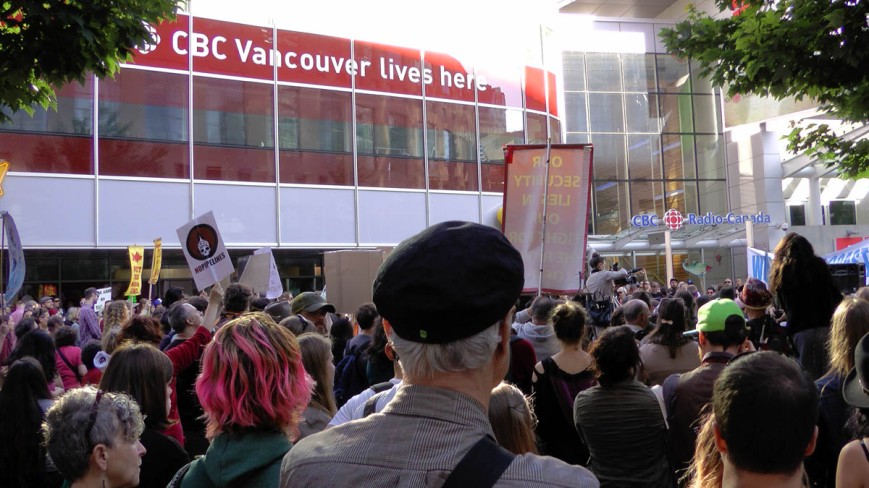 A large rally was held in downtown Vancouver to protest the federal government’s decision to approve the Northern Gateway pipeline. The protest started at 5:30pm and it was organized on short notice as the announcement surrounding the proposed Enbridge pipeline was made earlier in the day.

Does the federal government’s decision on the Northern Gateway indicate that the proposed expansion of the Kinder Morgan TransMountain pipeline will be approved as well? The message at the rally was clear: the fight is far from over and many BC residents will continue to work tirelessly to prevent the pipeline from being built.

We’ve included a number of photos from the rally below.