Park Board employees were hard at work planting new street trees in Fairview. A number of photos are included above. Several honey locust trees were planted, which are an appropriate choice for the given site conditions. Planting trees during the winter months is a good practice, as the trees are dormant and thus have a better chance at surviving.

An updated urban forest strategy was adopted back last December by Park Board to increase the canopy coverage in Vancouver from an average of 23% to 30% by 2050.

There’s still lots of hard work ahead, in greening the City. The updated urban forest strategy also seeks to address the imbalances in canopy coverage between neighbourhoods in Vancouver. 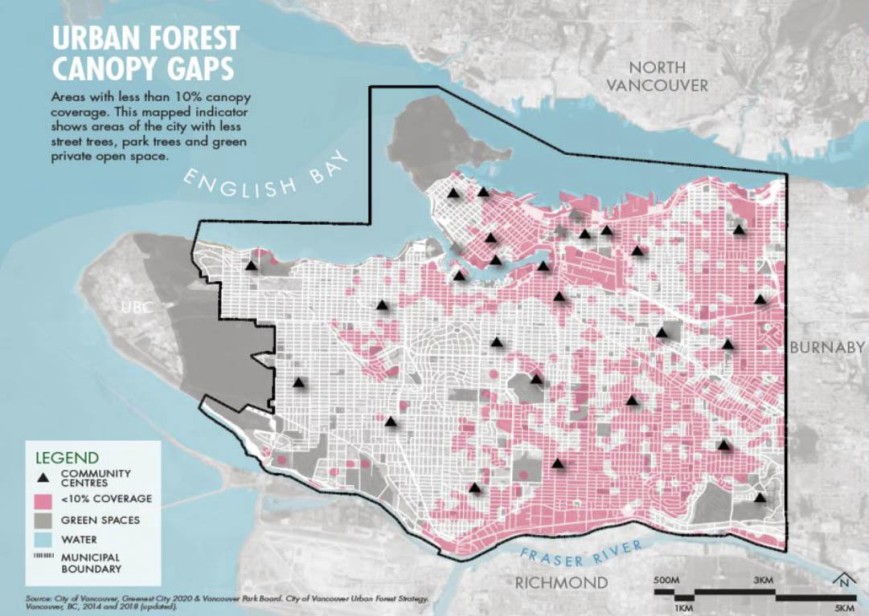 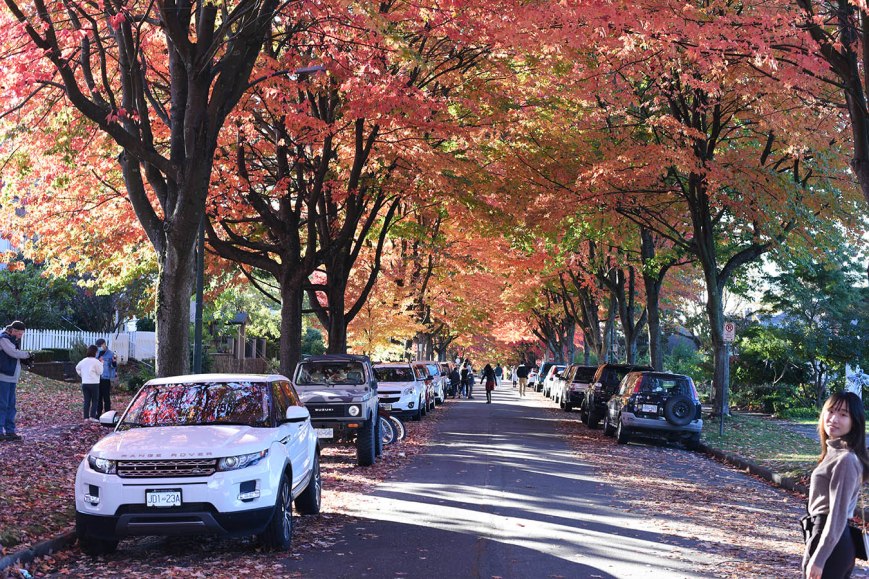 The Japanese concept of “shinrinyoku” (forest bathing) has been gaining attention lately for all its health benefits, so how are we doing with Vancouver’s urban forest? Park Board unanimously passed the updated Urban Forest Strategy on December 7th, 2020. The stated goal of the updated strategy is to to reach a city-wide target of 30% tree cover by 2050. This is up from the current 23% tree canopy coverage in Vancouver. The staff report noted that some other cities with similar levels of urbanization have higher levels of tree canopy coverage: “Toronto 40%; Portland 33%; and Seattle 30%”. A number of benefits that come from increased canopy coverage included improving air quality, providing shading/cooling in the summer, stabilizing slopes and shorelines, providing habitat, retaining rainfall / reducing peak flows, and mitigating climate change impacts by providing carbon sequestration, 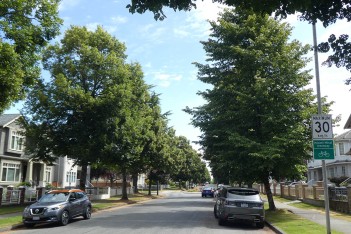 Commissioner Coupar raised concerns about the recent loss the the City’s tree farm, and about the lack of a large dedicated nursery for Park Board to grow the variety and number of trees that will be needed. Coupar moved an amendment to the main motion that was unanimously adopted:

D. THAT staff report back on the effect on the tree supply with the recent loss of the Park Board tree farm and explore what steps would be required to replace this lost capacity.

There were statements in support of the amendment by Commissioners Demers, Irwin and Dumont. Commissioner Irwin supported bringing tree rearing capacity back into Park Board. Between 30% and 40% of the tree needs had been met by the City’s tree farm in the past (there were issues with getting the lease on the old tree farm renewed, as well as unsuccessful attempts to find other locations).

The report noted that there was a large deficit in canopy coverage in significant parts of East and South Vancouver. This was illustrated in the following diagram (note the large areas of pink, with less than 10% tree coverage):

Other graphs showed the comparison between neighbourhoods. Apart from Killarney, most of the eastside neighbourhoods ranked fairly low on the amount of canopy. The graph below shows the 2013 and 2018 tree canopy coverage. Note that the 2013 data was taken in February while the 2018 data was recorded in the summer. There was further analysis in the report to normalize the two LiDAR datasets to account for the differences in deciduous tree foliage. In the graph the 22% line is considered the cutoff for being “canopy deficient.”

Park Board has taken steps such as the annual tree sale to encourage the planting of trees on private property. Council also passed an updated tree protection bylaw. END_OF_DOCUMENT_TOKEN_TO_BE_REPLACED