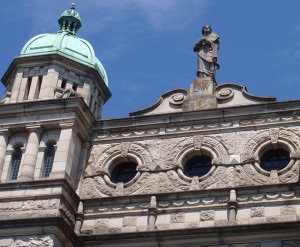 The deadline for public input on key changes to British Columbia’s municipal elections finance limits has been extended to Friday, December 5, 2014. As well, an additional Public Hearing has been scheduled in Surrey on Saturday, November 29th (9am to 4pm) to allow for further public comment.

Residents of Vancouver and of other municipalities in the Lower Mainland saw the large impact of unrestricted campaign spending in 2014. Did big money interests in Vancouver buy another election?

A total of $4,520,006 of donations were voluntarily declared prior to the election by 5 parties. The donations for Vision Vancouver and the NPA combined for 96.4% or $4.35 million of all declared contributions. Vision elected 12 representatives while the NPA elected 11. The Green Party of Vancouver managed to elect 4 officials, with total donations of just $54,933. None of the candidates from other parties were voted in, nor were any independent candidates elected to office. The final campaign finance disclosures are due 90 days after the election, by Friday, February 13, 2015.

A committee of the BC Legislature held two days of Public Hearings in Vancouver on November 7th and 8th, in the midst of the election. Presentations were made by a number of groups, including the Green Party of Vancouver, COPE, NSV, the Cedar Party, Women Transforming Cities and Vision Vancouver. The slide presentation by Neighbourhoods for a Sustainable Vancouver (NSV) from can be downloaded from here.

While the committee may be most interested in overall spending limits (i.e. should a spending be capped at a maximum like $80,000 for a municipal party?), there are a host of other issues to examine, like who can contribute (only residents?) and how much can someone contribute (other jurisdictions have caps of $300 – $2,500 total). Toronto has a very strict set of rules in place that allows only individuals to contribute to Councillor and Mayoral candidates.

The changes to campaign finance disclosure should be done as soon as possible, from early 2015 onward, because by-elections will most certainly happen in BC before 2018. As well, continuous reporting from political parties is also needed in off election years (to prevent so-called anonymous “dark money” donations). Finally, the finance reform changes should limit the spending by parties in off election years (perhaps to $40,000 a year), and the rules should also prevent parties from carrying over a large “war chest” from a previous year. (Current legislation does not require financial disclosure in years outside the election period.) Vision Vancouver reportedly spent $557,000 in office expenses in 2013 alone. Should the province consider putting in a low spending cap for 3rd party advertisers who endorse candidates (perhaps $25,000), or could they do away with 3rd party advertisers all together?

Dermod Travis of Integrity BC raised a number of points about the lack of campaign finance control limits in BC. He also compared Vancouver with other Canadian cities (April 14, 2014):

The upcoming schedule for the Special Committee on Local Elections Expense Limits is as follows (in Surrey, BC Nov 29):